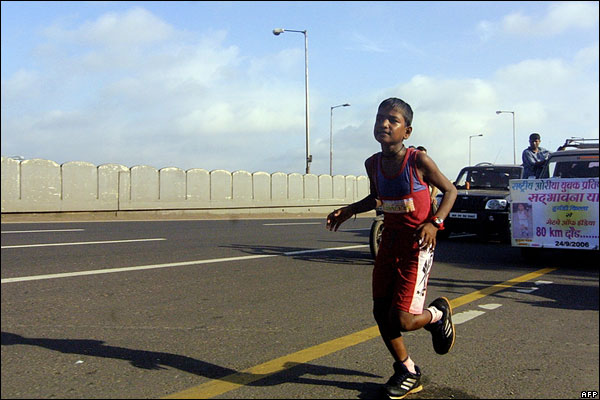 After a poor four-year-old Indian boy sprinted into local record books for running 65km (40 miles) in seven hours in May, many children are following in his footsteps. Budhia Singh’s run catapulted the little boy from the sleepy eastern state of Orissa into the national limelight and controversy with the country divided on the hazards of allowing children to run marathons. Emboldened by his feat, other children in the state are running long distances for fame and money. BBC News article