During my tenure at Schematic our team was involved in helping to conceptualize this idea. It scared the living daylights out of us, that said, when Droga and team talked about it, it always felt like an ad campaign to us, it certainly had the potential to be an internet property as long as they understood the crawl, walk, survive concept.

The site, billed by David Droga as “QVC meets MTV,” never found much of an audience in its 15 months of existence. Having lunch today with David DeCheser, loving his tip on grid/plane studio:

Over the past 10 years, JD has assembled a diverse portfolio of creative work for cultural institutions and companies large and small. Past clients include XBOX, Google, Sony, MTV, Helio, Nike, Starbucks, and Pulitzer Foundation for the Arts.

I was checking out the new MTV music site, which incidentally seems to be the same technology implementation with a new user interface/visual design: www.mtvmusic.com This music video is one of the funnest, bravest attempts to pull off a synchronized sequence of comical moments, all without a single cut/edit. It’s basically live the entire way through without stopping.

Amazing private roof decks, speechless! This one BELOW includes Mariah’s penthouse. I can say with 90% certainty that it is indeed Mariah’s rooftop. The curve of the window matches what we saw in MTV cribs, and she always mentions a hot tub on the roof: is that dark red patch near the front corner of the roof a hot tub cover? And the brickwork looks to match. 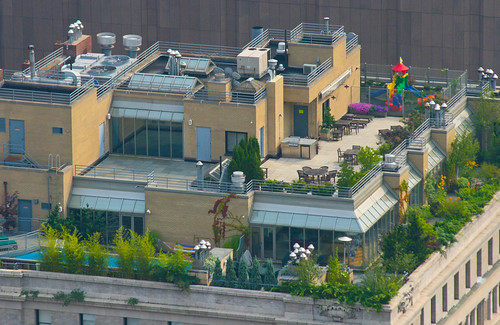 All credit to jwilly for photographing a brilliant set of ostentatious roof gardens in New York City.