2001 proved Zubrick’s viability of film as ‘a non-verbal experience—the truth is in the feel of it, not the think of it.

2001: A Space Odyssey is a 1968 British-American science fiction film produced and directed by Stanley Kubrick. The screenplay was co-written by Kubrick and Arthur C. Clarke, and was partially inspired by Clarke’s short story “The Sentinel“. Clarke concurrently wrote the novel 2001: A Space Odyssey which was published soon after the film was released. The story deals with a series of encounters between humans and mysterious black monoliths that are apparently affecting human evolution, and a space voyage to Jupiter tracing a signal emitted by one such monolith found on the moon. Keir Dullea and Gary Lockwood star as the two astronauts on this voyage, with Douglas Rain as the voice of the sentient computer HAL 9000 who has full control over their spaceship. The film is frequently described as an “epic film“, both for its length and scope, and for its affinity with classical epics. ‘Specificity’ could be your best weapon. Reviewing a clear and well defined Stanley Kubrick board explaining the implications of lens depth. 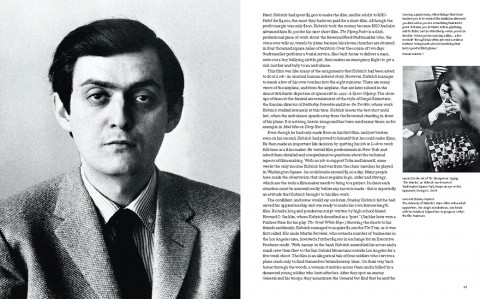 “The best education in film is to make one. I would advise any neophyte director to try to make a film by himself” ( neophyte means “a recent convert to a belief” )