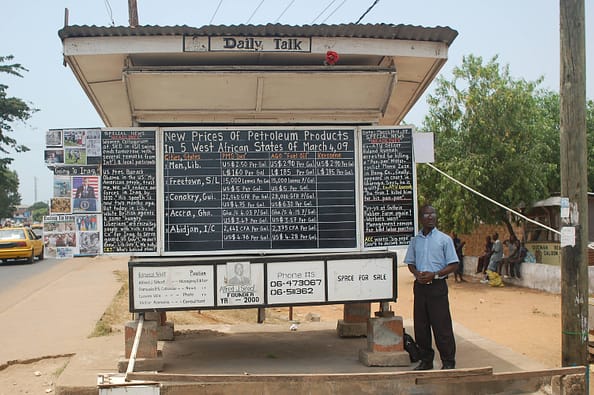 Alfred Sirleaf is an analog blogger. He take runs the “Daily News”, a news hut by the side of a major road in the middle of Monrovia. He started it a number of years ago, stating that he wanted to get news into the hands of those who couldn’t afford newspapers, in the language that they could understand.

Alfred serves as a reminder to the rest of us, that simple is often better, just because it works. The lack of electricity never throws him off. The lack of funding means he’s creative in ways that he recruits people from around the city and country to report news to him. He uses his cell phone as the major point of connection between him and the 10,000 (he says) that read his blackboard daily.

Simple, practical, easy ways to get a message out.