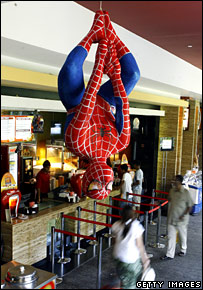 Walking a mile in another person’s shoes may be the best way to understand the emotions, perceptions, and motivations of an individual; however, in a recent study appearing in the December 2006 issue of Psychological Science, it is reported that those in power are often unable to take such a journey.

Galinsky and colleagues also found that power leads individuals to anchor too heavily on their own vantage point, thus leaving them unable to adjust to another person’s perspective and decreases one’s ability to correctly interpret emotion.

Galinsky says that this research has “wide-ranging implications, from business to politics.”

For example, “Presidents who preside over a divided government (and thus have reduced power) might be psychologically predisposed to consider alternative viewpoints more readily than those that preside over unified governments.”

2 Replies to “The best seat in the house”