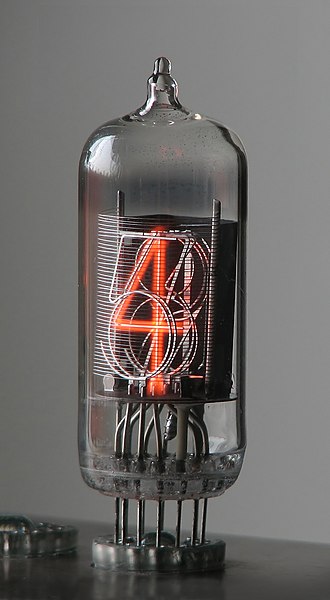 Nixies were used as numeric displays in early digital voltmeters, multimeters, frequency counters and many other types of technical equipment. They also appeared in costly digital time displays used in research and military establishments, and in many early electronic desktop calculators, including the first: the Sumlock-Comptometer ANITA Mk VII of 1961. Later alphanumeric versions in fourteen segment display format found use in airport arrival/departure signs and stock ticker displays. Some elevators also used nixies to display the floor numbers.

One Reply to “Nixie Tube”