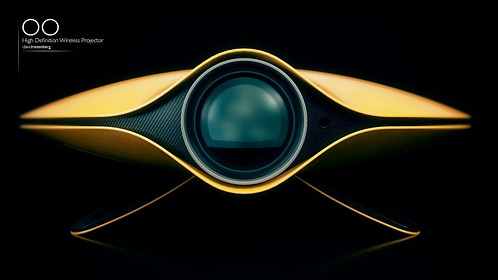 Reminiscent of a treasured sci-fi movie that often ends up influencing product design (inverse can often be true too).

David Riesenberg obviously had his head in the clouds when he dreamed up the OO High Definition Wireless Projector, but it’s not like we’re kvetching about his imagination’s ability to go far beyond the limits of most humans. For one thing, the concept 1080p projector looks (and lands) like a stunning orange UFO; for another, the specs are otherwordly. Should the device ever come to market, Reisenberg says it will pack SSD storage, WiFi and internal decoder chips into its svelte, 11-inch round carbon fiber frame, as well as three independently articulated legs for balance and a Li-ion battery for up to three hours of cord-free HD streaming and playback.

One Reply to “Interstellar Projector”