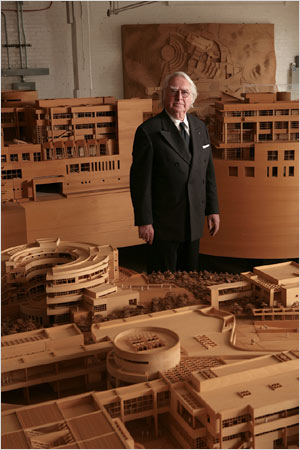 First covered by NYTimes in 2008 but again reposting given the timeless nature of the subject matter. Jullian, fancy heading down one Friday?

Rather than offloading architectural models or letting them swamp the office shelves, Richard Meier stashes hundreds of them in a Long Island City warehouse. “I don’t throw a lot away,” he told The New York Times in an interview last spring, when he’d just started allowing the public in to poke around. “To have all this and have no one see it is kind of crazy.” On May 2, he’ll reopen the 3,600-sq. ft. space for the season. Visitors can stroll around miniatures of his built work spanning from the ’60s (boxy houses in Connecticut and on Long Island) to the ’90s (a Dutch paper mill, his masterpiece Getty Center). Also on display are furniture and product prototypes plus sculptures collaged from chunks of steel and wax.

One Reply to “Richard Meier models”